In my view, interreligious discourses are an indispensable way to conduct basic research on the three most important religions in Germany, Europe, and the Middle East in their intellectual contexts, and to utilize the knowledge gained in the service of society in order to combat ideologies that are dangerous to society and to promote mutual recognition between religious communities 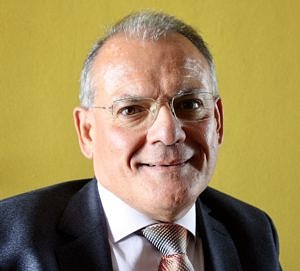 Georges Tamer studied philosophy, sociology, theology, and classical philology. He received his doctorate in philosophy from the Free University of Berlin in 2000 and his habilitation (2nd PhD) in Islamic Studies from the Friedrich-Alexander-University of Erlangen-Nuremberg in 2007. After having been the Sofia Chair in Arabic Studies at the Ohio State University in Columbus, the Lebanese-born professor holds the Chair of Oriental Philology and Islamic Studies at FAU Erlangen-Nuremberg since October 2012. In 2016 he founded the research unit Key Concepts in Interreligious Discourses, which was succeeded by the Bavarian Research Center for Interreligious Discourses. His research interests include Arab-Islamic intellectual history, Arabic philosophy and literature, and the interreligious discourses between Judaism, Christianity, and Islam.

Dr. Katja Thörner has taken over as executive director.

For me, interreligious discourses means breaking up internal views as well as curiosity and the courage to venture into unknown territory. 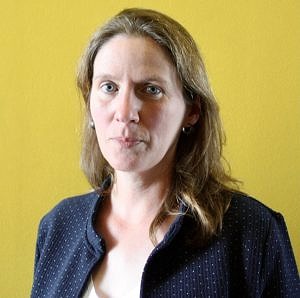 Katja Thörner studied philosophy and German language and literature in Trier, Würzburg and Berlin. She received her doctorate from the School of Philosophy in 2010 with a thesis on the concept of religious experience in the work of William James. As member of the Troeltsch Research Center at the Ludwig-Maximilians-Universität München she published together with Prof. Dr. theol. Dr. h.c. mult. Trutz Rendtorff the volume of the “Writings of Religious Studies and Ethics (1903–1912)” of the critical complete edition of the writings of the theologian Ernst Troeltsch. From 2012 until 2017 she worked at the Munich-based Eugen Biser Foundation as a research fellow in the area of “Dialogue between World Religions and Worldviews”, before joining the research unit “Key Concepts in Interreligious Discourses”, the institutional predecessor of BaFID.